From our first meeting with Store Norske Spitsbergen Kulkompani (SNSK), it became apparent that very strict delivery dates would be required to comply with the extreme weather conditions of the area and the fact that it was of the utmost necessity that the coal being produced be exported during the same year. Usually, such machines are delivered FOB port of export in a time frame of 11 to 13 months. There is to be added traveling time on the ship, unloading, and erection which could in such area be as much as 2 ½ months.

In this case, SNSK wished that the machine with the complete conveyor belt installation should be commissioned in only 6 months, as the first ship could be loading coal on such a date. Furthermore, the client did not have a suitable existing jetty, and such will have to be constructed to allow shiploader erection.

2 weeks after the first meeting, the agreement was signed and then our work started immediately. As proof of the #powerofknowhow expertise, SNSK waived its right to comment on the drawings trusting our team to deliver a machine for extreme site conditions in record time.

To answer the challenge, AMECO Group design and delivery teams came up with a novel approach – to erect and test the machine at a port before loading it onto a ship, leaving sufficient time for a partial jetty construction long enough to accommodate the shiploader. The long lead items purchase orders were fast-tracked immediately and the structural manufacturer was selected right away on delivery capabilities. The drawings were fed to the structural shop as soon as they become available.

The Journey to the Arctic Circle

The port of Gdansk has been selected by our commissioning team as the ideal location to start the machine’s journey to the pole f as it was close to our workshop and offered space to erect and test the machine. However, the loading ship arrived several days after originally planned in Gdansk, eliminating much of the buffer.

Additionally, it was a brand-new ship that was going to make its maiden voyage with our machine which brought in another challenge. As our shiploader went through the last rounds of testing and inspection, shipping engineers informed us that several parts of the machine including the 70 tons counterweight and the telescopic loading tube with its belt slinger should not be installed on our shiploader before loading because of potential interference with its crane maneuvering. Our team partnered with the loading team and found a solution rapidly: the shiploader and the parts would be lifted on deck by the ship’s own cranes and lashed down to the deck using numerous cables and manilas. 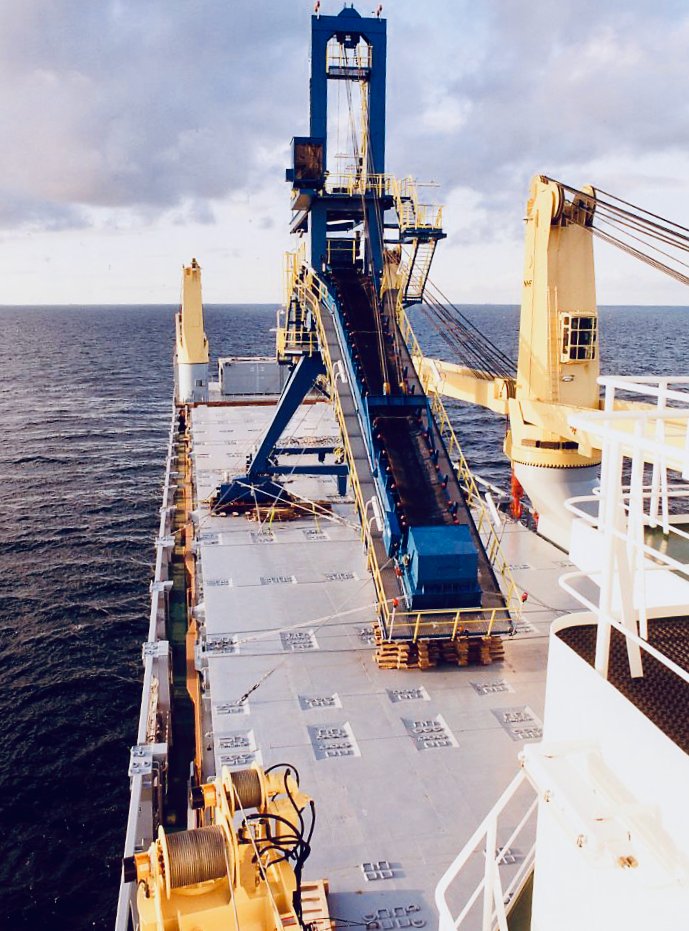 A few days later the ship entered the Van Mijen Fjord sailing in between two rows of glaciers-covered mountains. 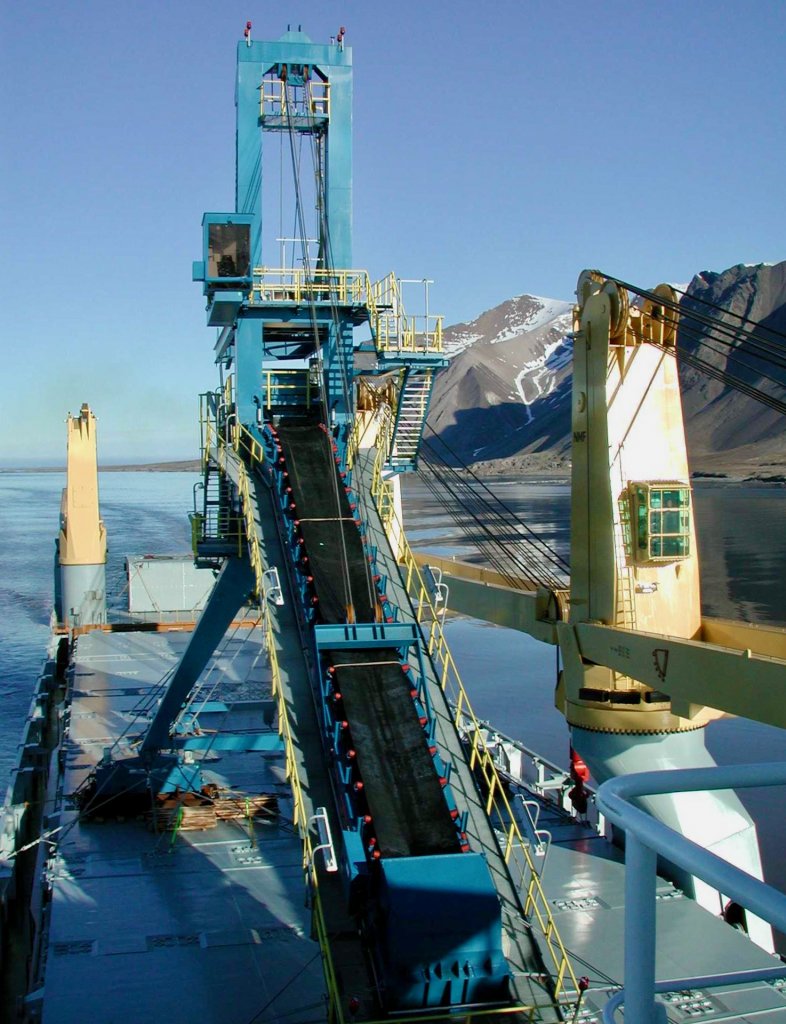 It finally reached our destination and was greeted by the customer who could not believe his eyes – the machine made it just 3 days before the rail tracks were installed on the short portion of the jetty that was in the process of being built.

All shiploaders being at the end of the delivery stream must be failure-free. In this case, our customer needed more than that. It needed a shiploader from AMECO Group to achieve rapid ROI by having an artic-proof shiploader designed, shipped the machine, and fully operational in less than 6 months. All challenges AMECO Group took in stride and completed to the customer’s satisfaction.

Thanks to our team’s hard work, flexible thinking, strong trust-building, and pragmatic approach to solving problems quickly, SNSK was able to make to achieve its revenue target using our shiploader delivered on time and built to last.

Get in touch with us for your bulk handling equipment needs

How AMECO designed, shipped and commissioned a fit-for-purpose shiploader in 6 months